2016 INTERNATIONAL TRADE FAIR TO BE HELD IN TAMALE 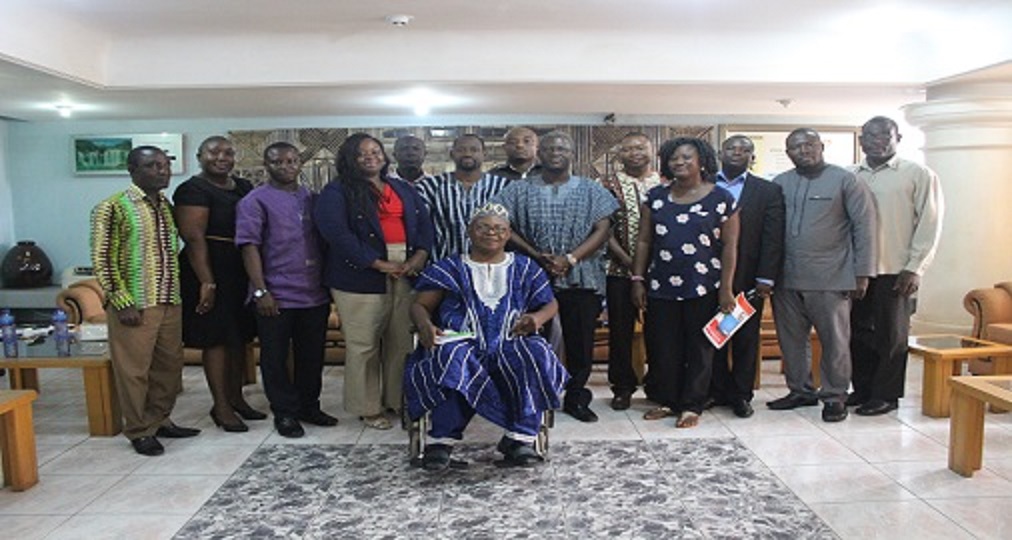 commitment and ultimate mandate to promote economic development in the SADA belt, The Savannah Accelerated Development Authority, SADA,has joined forces with the Ghana Trade Fair Company to host the 20th edition of the international trade fair in Tamale.

The event, which comes under the theme. “Two Decades of International Trade Fair in Ghana: Exploring Business Opportunities in the SADA Zone of Ghana”, aims at showcasing a vast wealth of business and investment opportunities across the zone. Stakeholders are optimistic that the fair holds greatpromise and will inject momentum into economic activities and ultimately create jobs and improve livelihoods.

Addressing participants of a two day planning committee workshop in Tamale a few days ago,Mr. Abugre intimates that the savannah zone occupies more than half the land area of Ghana and one-third of its population as well as a huge deposit of untapped tourism potential. In this regard,both international and local investors will be exposed to commercial infrastructure investment opportunities in irrigation, tourism, warehousing, water transport through the Volta lake inland port construction at Buipe and several landing sites along the Volta lake. There are also huge untapped investment opportunities in the areas of of education, health care, real estate, agriculture and several others. “We also envisage the development of industrial parks, technology parks, agro parks and other development clusters”says the Chief Executive Officer of SADA.

Asked why Tamale was chosen out of the entire SADA zone as the preferred location for the 2016 international trade fair, Mr. Abugre explained that Tamale is the only place with the basic infrastructure to host an event of such magnitude and added that the infrastructural gap rather presents opportunities for investors to take advantage of. He therefore encouraged investors and prospective exhibitors to embrace the fair as a launch pad into the area.

Also speaking at the opening session of the two day planning committee workshop in Tamale, Chief Executive Officer of the Ghana Trade Fair Company Ltd, Dr. Erasmus Koney stated that, the motivation for accepting SADA’s proposal to organize the trade fair in Tamale falls in line with the trade fair company’s rebranding agenda to ensure equity in organizing trade exhibitions across the country.

Mr. Charles A. Abugre registered his appreciation to the board and management of the Ghana Trade Fair Company Ltd for accepting this daunting but very necessary task and commended the team for the inroads made so far even within the short period.

The savannah zone is strategically placed, linking Ghana to Ivory Coast, Togo and Burkina Fasso within two hours of flight when the Tamale International Airport is completed.
“The forthcoming international trade fair to be held in Tamale builds on the successful nature of the SADA Investment Business Fair, (SABIF2015) which was held in March this year which was held in partnership with the Ghana Institution of Engineers. SABIF 2015 witnessed a phenomenal participation from all the 63 districts of the SADA zone, exhibiting the opportunities in their respective localities. We call upon Metropolitan, Municipal and District Authorities to even do better this time round, “says the Chief Executive Officer of SADA, Mr. Charles A. Abugre.

The planning committee groups who are working assiduously towards a successful international trade fair in March 2016 include Business & Tourism, Media & Communications, Logistics, Accommodation & Transport, Sponsorship as well as the Safety and Security Committees.