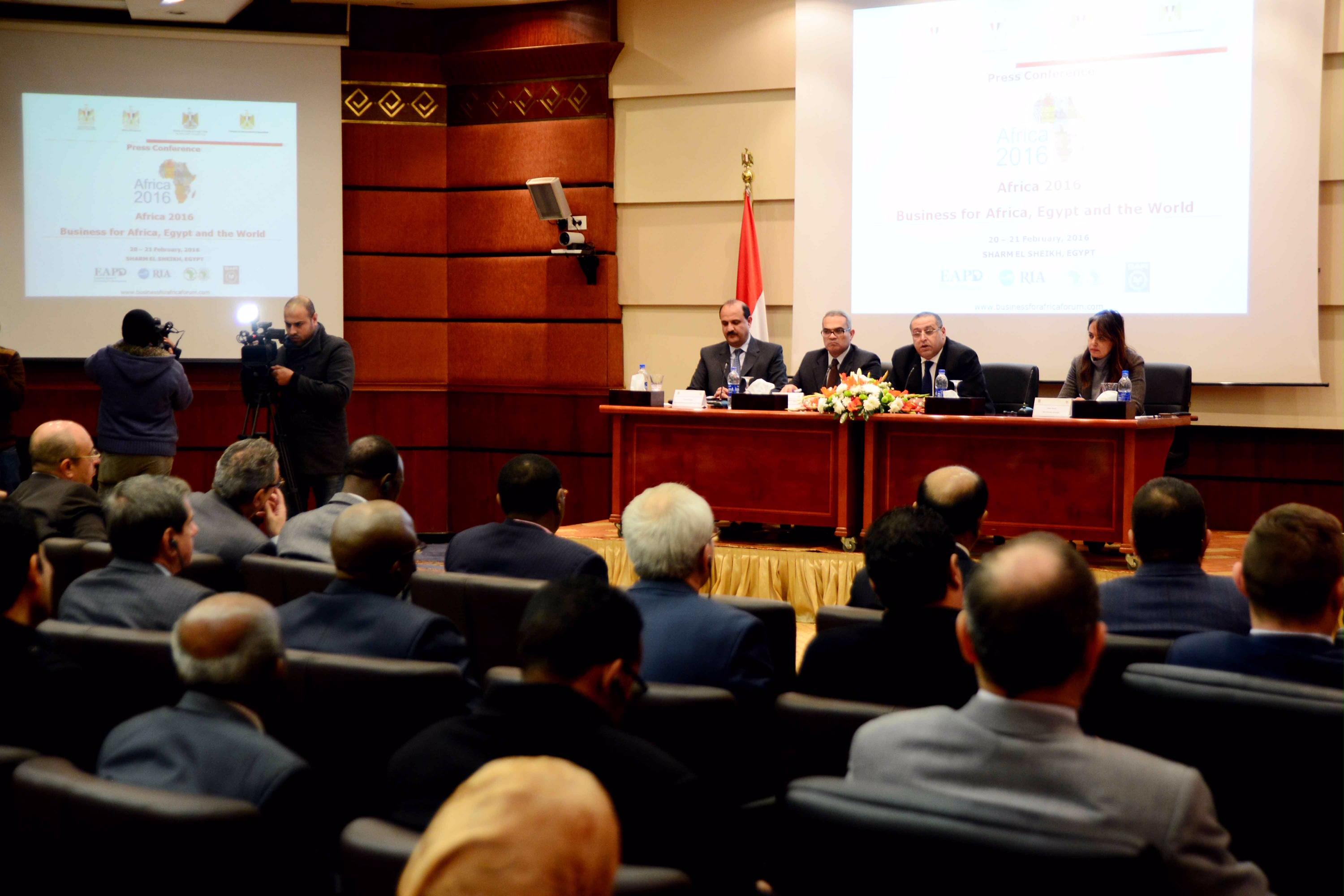 Mr. Ashraf Salman, Minister of Investment held a press conference, in the presence of Ambassador Hazem Fahmy, Secretary General of the Egyptian Agency for Partnership for Development on behalf of Mr. Foreign Minister, and Ambassador Salah al-Din Abdel-Sadek head of SIS, and Heba Salama Chairman of the Regional Investment Agency of the COMES in Egypt, and that to announce the ongoing arrangements to hold the investment in the Africa Forum, which is scheduled to take place during the period from 20 to 21 February 2016 in Sharm El-Sheikh.
Where the Forum is part of the attention paid by Egypt in cooperation with the African countries at all levels, where the government is working on activating the mechanisms for investment opportunities and possibilities available to ensure increased investment opportunities, along with trade expansion between Egypt and African countries.

In this context, Egypt’s hosting of the Forum on Africa 2016 comes an investment for the success of Egypt in hosting events top third of the three economic communities (COMESA, SADC, EAC), which formed an important point in the history of the economic integration of Africa, which was the highlight of their results establish a trade zone Free and whose membership includes 26 countries, the total number of the population of about 625 million people and a GDP of its US $ 1.2 trillion, which is an important step
Towards the establishment of the Economic Community of Africa by the year 2063.